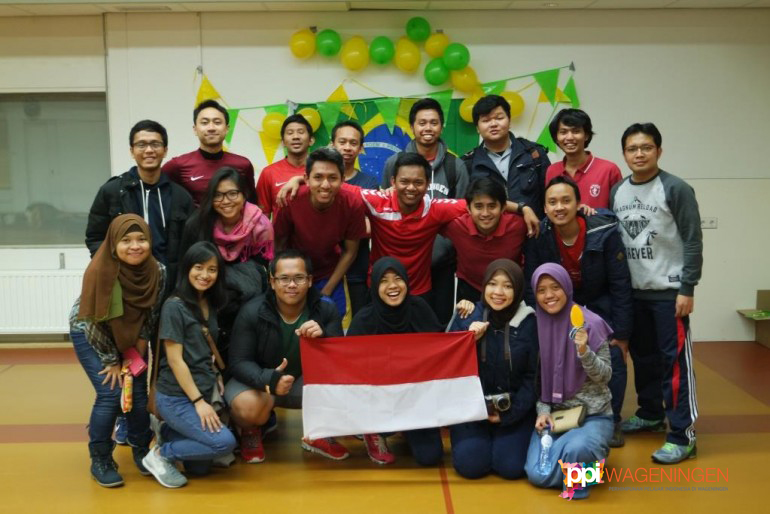 On Friday, April 1st 2016 PPIW participated on “the Brazilian Olympics which was organized by SWU Thymos and ISOW.took place the De bongerd Sport center Wageningen. The Olympics is an annual event which also a part of the one world week series of events. In this event, teams from several nations from around the world competed in 7 widely recognized sports including longjump, volleyball, relay run, basketball, unihockey, rugby and table tennis. PPIW as the representative of Indonesia in wageningen could not miss the chance to familiarized PPIW among the people and decided to takes part in this competition. Even though PPIW could not bring the best team that PPIW have in the pocket, PPIW managed to got through the competition well. Among the 7 sports contested, PPIW managed to record 4 wins, 2 draws and only 1 defeat (well, hardly defeated). The good record resulted PPIW to be placed among the 4 best teams and have a right to compete again in the final round. Even though in the end PPIW did not get the ultimate prize on the final, PPIW’s performance in this competition can be considered good and to be something PPIW can be proud of, considering the circumstances that unfavorable to PPIW.